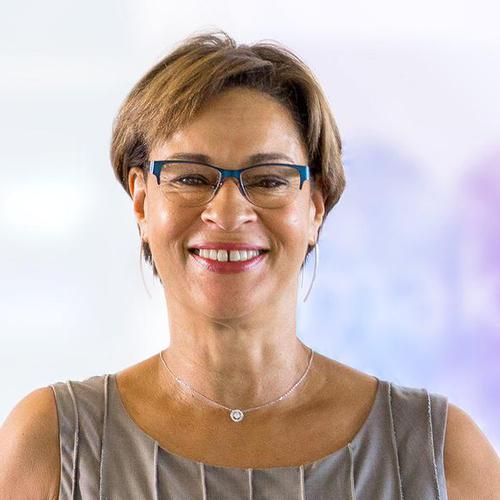 Talks covered by this speaker

Have you got yours yet?

Our All-Access Passes are a must if you want to get the most out of this event.

Gabrielle oversees Perkins+Will’s Diversity, Inclusion, and Engagement program, which works to support and strengthen a firmwide culture that embraces a diversity of people, colors, creeds, credos, talents, thoughts, and ideas. Her unique role as an award-winning principal and the firm’s Director of Global Diversity enables her to combine her passion for architecture and social justice to effect positive change at a micro and macro level. Gabrielle is regularly sought out around the world for her leadership and expertise in issues of social equity in architecture, including race, ethnicity, gender, sexual orientation, religion, and physical and mental ability. Gabrielle has been a key player in Perkins+Will’s success for nearly three decades. She’s worked in both the New York and Los Angeles offices, and became the first African-American and first woman to rise to the position of Managing Director of the Los Angeles office. Over the course of her career, she has led numerous complex and high-profile projects, including the Ronald Reagan UCLA Medical Center, one of the largest building projects ever completed for the University of California system. Gabrielle graduated in 1984 from the Rhode Island School of Design with degrees in fine arts and architecture, becoming the second African-American woman in history to earn an architecture degree from that university. In 2014, she was elected by her peers as a Fellow of the American Institute of Architects (AIA), and served on the AIA’s Equity in Architecture Commission. She is a member of the National Organization of Minority Architects (NOMA), a past board member of the Girl Scouts of Greater Los Angeles, and a board member of the Center for Architecture and Urban Design Los Angeles and the International Interior Design Association. She served as the 2018-2019 President of the International Interior Design Association (IIDA). Gabrielle is the recipient of the 2020 AIA Whitney Young Jr award for her commitment to advancing diversity in the architecture profession.

Your logo could go here!

If you'd like to get your brand in front of attendees following the categories this speaker is talking about (on this page, via email and during each talk) contact us.
We use cookies This website (and some of its third-party tools) use cookies. These are important as they allow us to deliver an exceptional experience whilst browsing the site.